Aegina is a constant presence throughout Greek history. In contrast to other islands in the Saronic Gulf, it has been inhabited continuously since 3500 BC and features monuments from all historical periods, rendering it a potential centre for the study of Greek civilisation in general. According to mythology, the name derives from the beautiful nymph that Zeus fell in love with and brought to live on this triangular island, practically in the middle of the Saronic. According to recorded history, it has been a beautiful, creative land with a turbulent course.

It experienced periods of great prosperity. In the Archaic period (734-459 BC), it evolved into a naval and commercial power, amassing wealth from transit trade with ports throughout the Mediterranean. It was no wonder that the Aeginetans became the first in Greece to use silver from reserves on the island as a means of exchange and to eventually mint their own state coin, the chelona (turtle). Art was developed at the same time (architecture, sculpture), as the Aegina school came to include famous artists who received orders from far and wide, while Aegina athletes recorded more than thirty wins in pan-Hellenic and local competitions. The Theban poet Pindar, a devoted friend of Aegina, praised these champions who, as the older Aeginetans were occupied with shipping and trade, were mostly children and youths.

The course of history was by no means a straight road. The island passed into the hands of both Greek and foreign invaders. It was sold to the city of Pergamon and was later handed over to the Romans. It suffered at the hands of Saracen pirates for many centuries and was subjugated by the Franks, Catalans, Venetians and Turks, burned by Barbarossa in 1537. Nevertheless, the people of Aegina managed to survive numerous catastrophes, and to retain their own dialect, customs and traditions. The reward came when Aegina was declared the first government seat of the free Greek nation after being liberated from the Turks under Governor Ioannis Kapodistrias. The plundered island acquired the structure of a political, administrative, cultural and financial centre. The next milestone was the growth of sponge diving, which helped it to develop economically. This growth was further aided with new openings to the rest of the world through tourism and the cultivation of its sole PDO product, the pistachio. The popular nut has become the modern-day chelona, a new coin as valuable as it is tasty.

From the port of Aegina heading south along the coast road towards Marathonas bay the road leads to the fishing village of Perdika. Perdika is a traditional built-up area around the port just like a balcony with a sea-view. There are many taverns with fresh fish, ouzerias, cafes e.t.c. More... 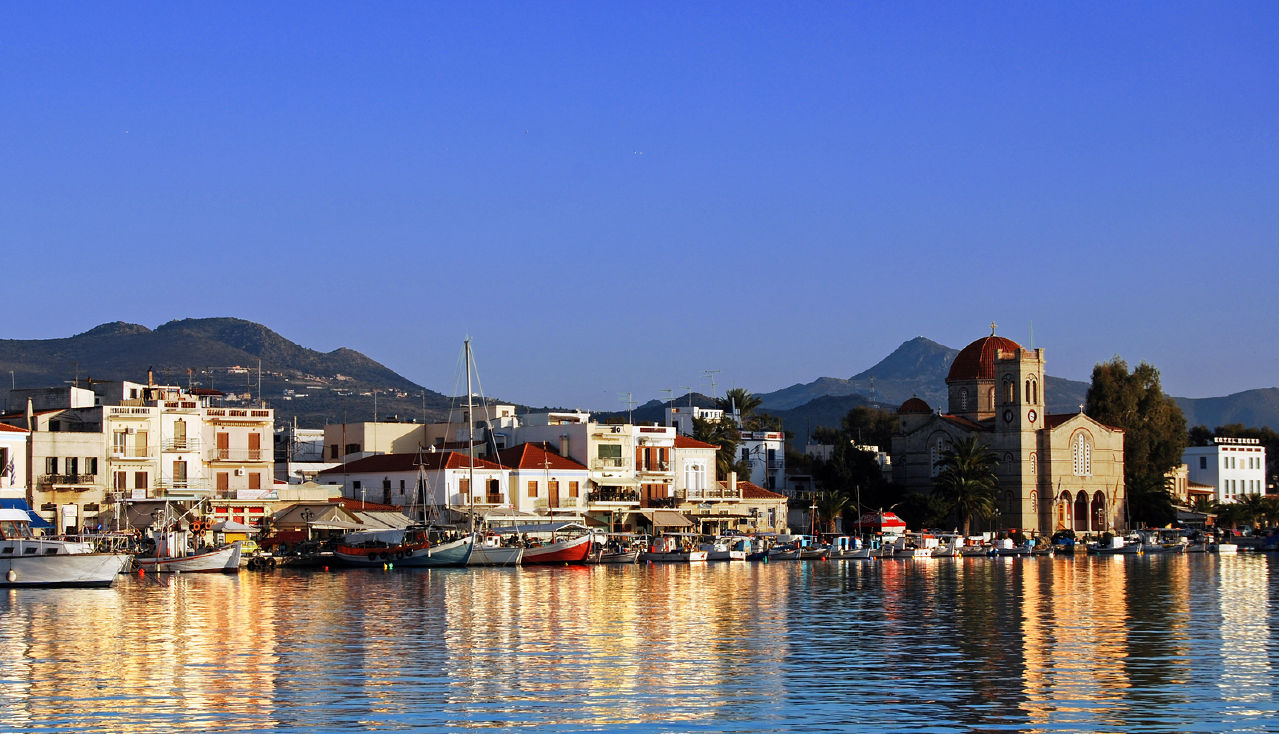 The town of Aegina

Τhe capital city of the island and it's located on the west side. It's built amphitheatrical towards the sea. When you enter the harbor, the small, white church of Saint Nikolas welcomes you. More...

We inform you that our lodging is fully booked until the end of the season.